Both of Sea Ski Australasia’s vessels, the SeaSki Cruiser 7000 and SeaSki Towable 6000, can be built to survey for commercial purposes, and both are fabricated with purest grade Australian marine alloy, for strength, endurance and longevity. These vessels are of no nonsense, fully welded construction and can be custom configured to suit most usages. 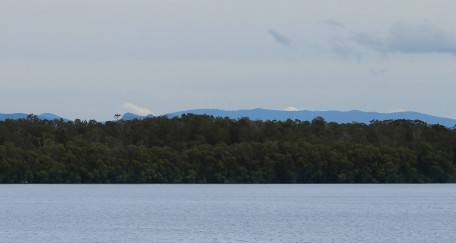 The Towable 6000, at the larger end of towables, has the desirable speed for seriously-minded recreational fishermen intent on maximising fishing time.

How does the SeaSki manage waves at such high speeds?

Simplicity is the key to this world-changing technology for small sea vessels.

The SeaSki technology manages to do on a shoestring budget what very advanced shipping designs achieve at very high costs, that is, lifting the hull clear of the sea’s drag.

Modern hydrofoil craft require high-tech sensory systems on their foils and powerful hydraulics to do what the SeaSki does “naturally”, and Surface Effect Ships (SES) have to constantly run centrifugal lift fans to “pump” air under the vessel to support it in the manner of a hovercraft.

Both these designs are fast and good in moderate seas, but expensive to build and operate, and lose valuable space to their actuating systems.

For the SeaSki, these much sought after results are achieved without fuss through a combination of three elements; a motor, a set of special skis and a flat bottomed hull.

The SeaSki’s forward propulsion (engine power) simply pushes the vessel up on its skis and, once the bottom of the hull clears the water surface, air replaces it, providing a “cushion” to take considerable weight off the skis.

The faster the vessel travels, the more air is compressed by the flat hull and the more weight removed from the supporting and guiding skis.

In turn, this combination takes more “load” off the motor and, with the speeds gained, makes it cheaper to run than a monohull or catamaran.

As a result, the sea surface conditions have a reduced effect on the vessel allowing it to operate at higher speeds in much more robust conditions than normal hulls.

Larger than average waves are dealt with by the leading edges of the skis which simply pierce or drive through the wave near the crest where there is the least water resistance.

Can a boat save fuel traveling at very high speeds?

Any boat owner will testify that fuel consumption goes up alarmingly when travelling at wide open throttle (WOT).

While it is true to say that an engine uses the same amount of fuel for a given work load, there is another way of looking at this that says you can save fuel by converting workload to faster speeds and thus gaining distance for the same money expended.

SeaSki’s production models are about to make boating a lot more affordable from a fuel efficiency perspective.

Once riding on the skis, the engine’s work load is reduced allowing higher pitched propellers to drive the unit at cruise-speeds that can be faster than other vessels’ at full throttle (wot).

At today’s fuel prices, combined with the notorious “thirst” of marine engines, any savings are, effectively, a savings that can be deducted from capital cost.

And, of course, people like to say “time is money”, making SeaSki a better choice for cost-conscious owners.

What else does the Sea Ski do that makes it a ‘must-have’?

We already know the SeaSki is faster than other recreational boats, that it handles rougher conditions without sacrificing speed, and, of course, it travels further for a given amount of fuel, but there are still more highly desirable attributes that boat owners will love about this vessel.

Room to Live: Space is always a premium on small boats, especially when staying aboard for a few days of cruising. In this department the SeaSki excels. It offers the spaciousness and features normally found on much larger and costlier vessels, such as enclosed toilet/shower, fully optioned cooking facilities and a “real” double bed.

Steadier at Anchor: Sea trials have shown that the skis act like stabilisers, damping roll and pitch when drifting or at slow speeds, which could mean less sea sickness for those prone to it, and food and drinks that stay where they are meant to be.

Minimal Bow Waves: Other boaters will love the barely noticeable wash created by the SeaSki when ski-borne, which is hardly enough to rock even the smallest of fishing sculls.

Value for Money: The SeaSki offers value for money in its many areas of savings, and it also remains competitive in purchase price against vessels of similar spaciousness.

Safety: Probably the criteria that offshore recreational boaters should be most concerned about is security of life on the seas. Again the SeaSki delivers. One of the few vessels with positive buoyancy built in, it can keep you afloat in a worst case scenario until rescued. It can also provide sanctuary by outrunning sudden storms and getting to safe harbour before the seas turn ugly!

Is it possible to invest in the SeaSki development?

There are several opportunities available to the public or sophisticated investors to purchase equity in one or more of the SeaSki ventures as they become available world-wide.

Right now, equity is being offered in the first region to be established, which focuses on Asia and Australia. This region is managed by Sea Ski Australasia Ltd, an Australian public company limited by shares.

Other patent protected regions that are available are Europe and the USA.

By visiting our Contact page you will be able to register your interest in one or more of these opportunities and request a copy of our ‘Offer Document’ that contains the business projections for Asia/Australia.

The company in Australia has extremely low overheads due to manufacturing being contracted out to reputable boat builders.

Sea Ski Australasia directly manages the marketing and sales aspects of the business and ensures quality control and customer satisfaction.

The board of directors in Australia all have sound management experience and have either managed or are still engaged in managing substantial businesses of their own.

PLEASE NOTE: Australian law does not permit companies to solicit investment from inexperienced Australian investors in order to protect them from possibly fraudulent offers. If you are an Australian investor interested in this offer, you need to satisfy the requirement that you are either in senior management, a sophisticated investor or a friend or relative of a current director of Sea Ski Australasia, otherwise you would need to seek the guidance of your accountant and/or solicitor or qualified financial adviser, which is recommended.